Studies of a Figure in Green 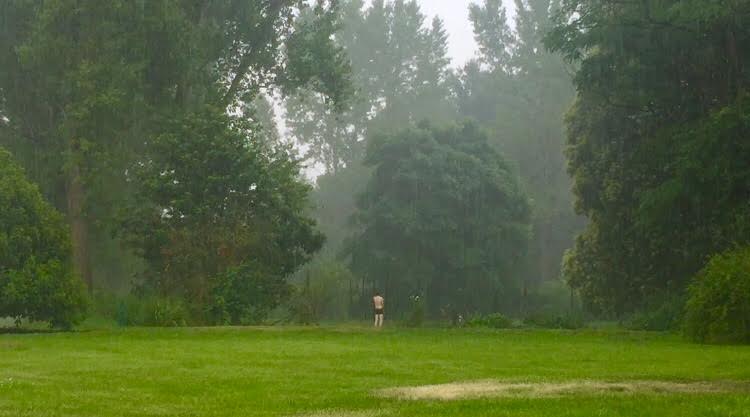 The title, Studies of a Figure in Green, is inspired by the many studies of figures in landscapes in the history of painting. Each ‘figure’ in our work will constitute the subject of a chapter in this trilogy.
The first chapter will focus on plant consciousness through a pseudoscientific lens; the second will address the political concept of ecofascism in contemporary society; the third one will propose more existential topics, exploring the concept of care, fear of death and the paradox of choosing between a real or fake plant.

All three parts will be a multidisciplinary combination of performative and video installation elements, and they will be all permeated by a different shade of green.

We've received pre-project developping funding for the research Studies of a Figure in Green - Chapter. Our starting point  is the experimental work of Cleve Backster, the former head of the polygraph department at the CIA. In 1966, Backster attached lie detector machines to the Dracaena plants in his office to measure their responses to external events. Though generally considered pseudoscience, from an artistic and performative point of view, Backster’s experiments are fascinating, tantalizing us with wild speculation; what does “plant knowledge” look like? Is it possible for plants to lie? If they could speak, what would they say? What kind of art do plants want?
To us, the absurd image of a CIA operative interrogating a houseplant is evocative of humanity’s confused, yet passionate and sometimes paranoid relationship to the natural world. Its image is like a vision into some dystopian future, of ecology-gone-wrong, militarised environmentalism.