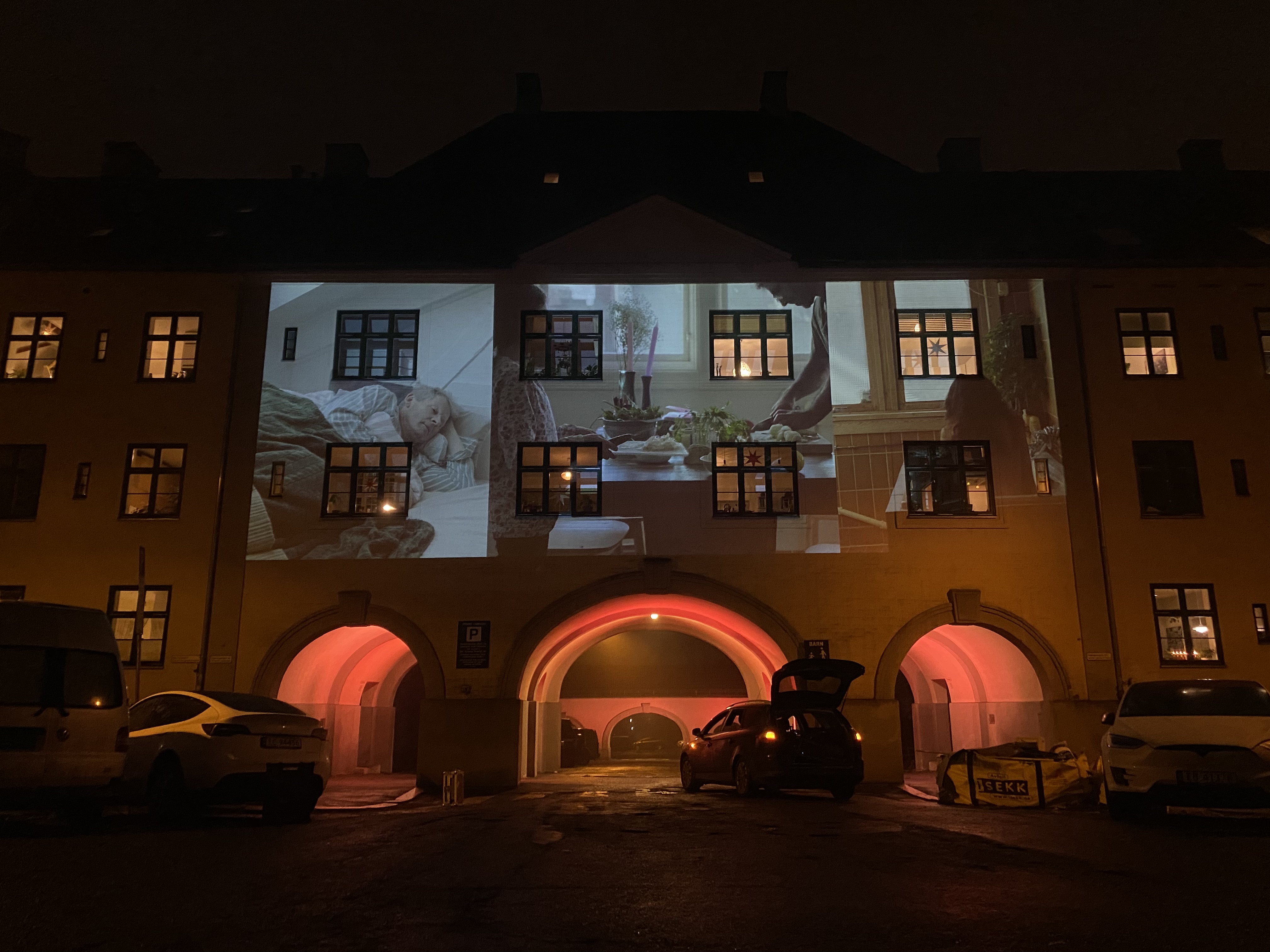 Audiovisual performance
The facade is the protector of the private. As an envelope it wraps itself arround the body of a building, shielding its inhabitants from the environment surrounding it (and vice versa), making a homogenous present surface in the public space outside. Apart from its windows, giving the outside world a peek into the life inside, the facade never tells a personal story.

FASADE is an ongoing multidisiplinary project turning the inside out, which lets stories and life from the personal sfere slip into the public, giving us the possibility to reflect upon our coexistance with others behind solid walls that divides us.

As a cointnious field of research on the relationship between the private and the public, FACADE  is our first deep dive into the interconnection of architecture, cinematography, performing art and public space. Thematically this project investigates how housing blocks gives us experiences of each other without knowing the other, and aslo how we interact in them. Working within the concept of the city the project also becomes an artistic research of the of the social and economical differences and similaritites within the ecosystem of a city.

Through the project, we delve further into selected sociological methods, such as in-depth interviews, to gather stories from the people who live in the areas. The material obtained is used as a backdrop for the video performance works, used in playing with the relationship between the publig and the private, between fiction and reality.

FACADE #1 was curated as part of AD_VENT (by Ditteke Waidelich); a platform for established, well-known artists as well as young, aspiring talents, where fine art is combined with street art as means of demonstrating to the people of Oslo the large cultural diversity the city has to offer.

ABOUT AD_VENT
AD_VENT – The art of waiting – is an untraditional advent calendar that offers unique artistic experiences in public spaces. The door's number is both the address and the date. Behind the doors are surprises in the form of visual art, music, literature, theatre, performance or dance. 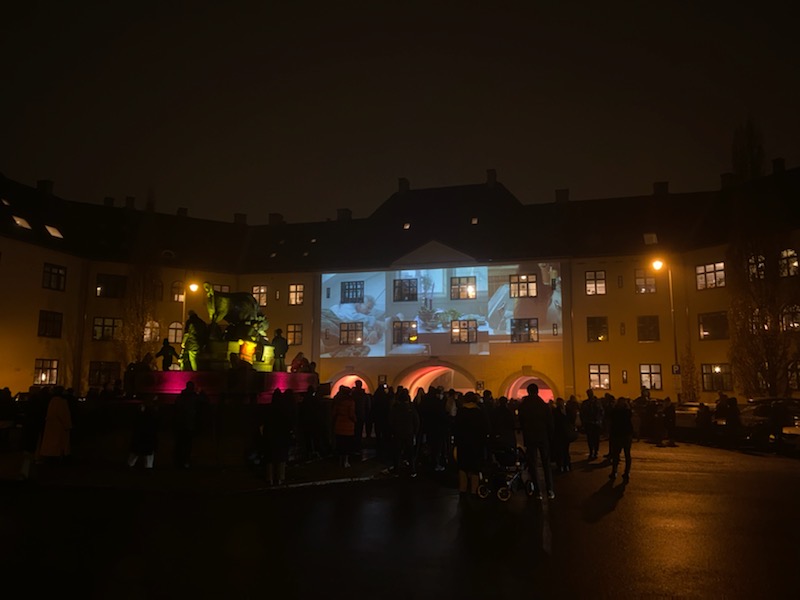 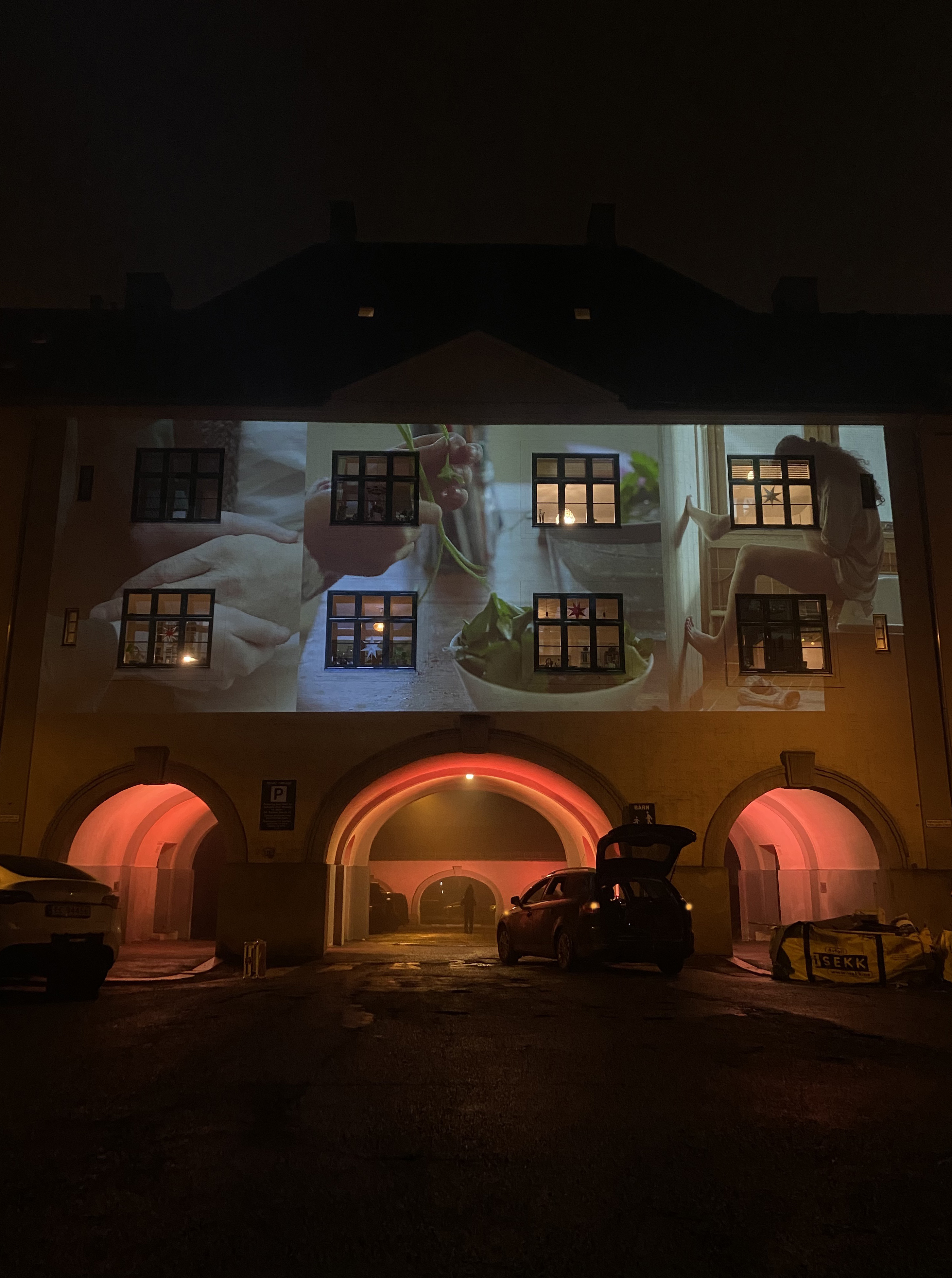 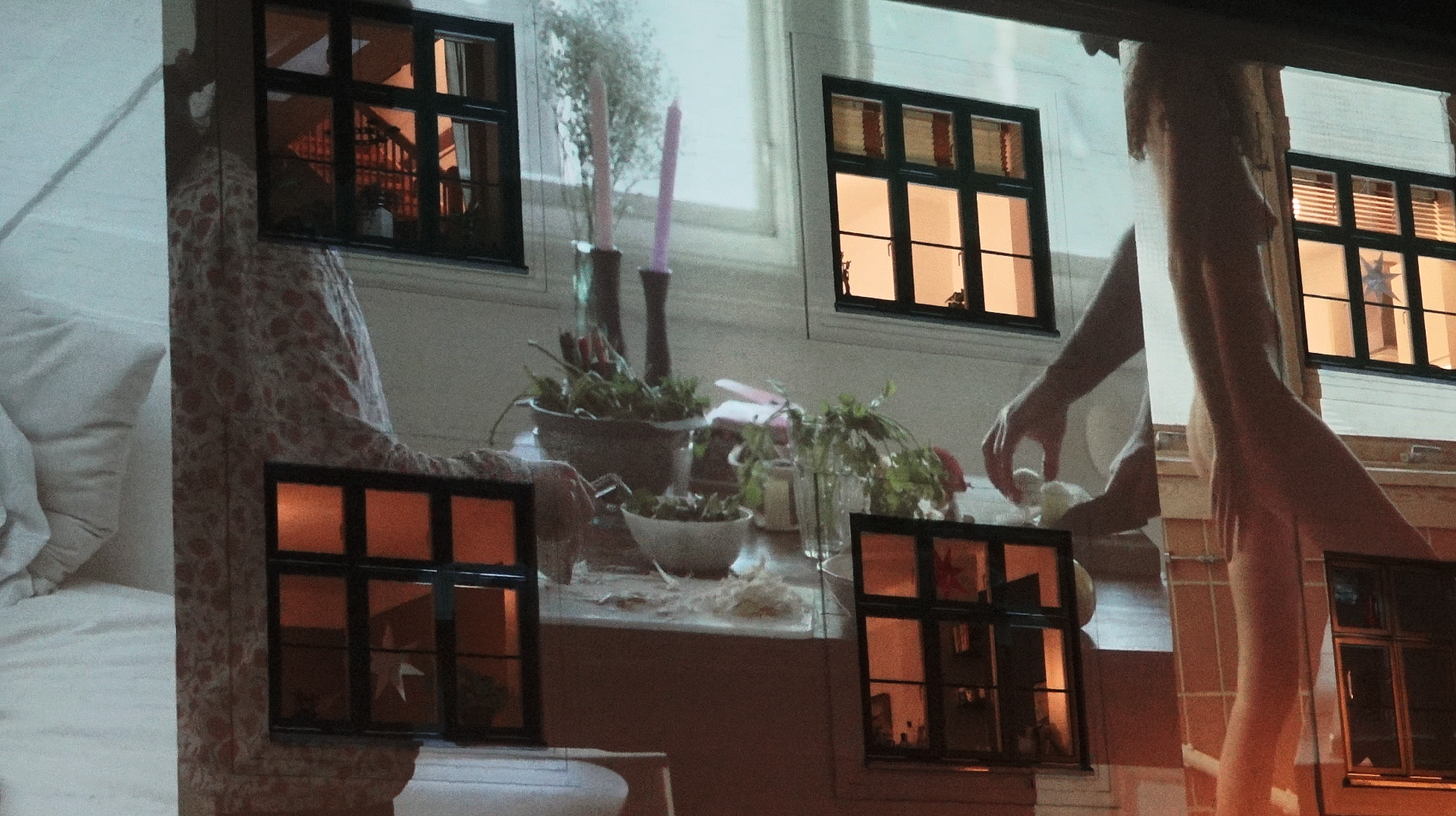 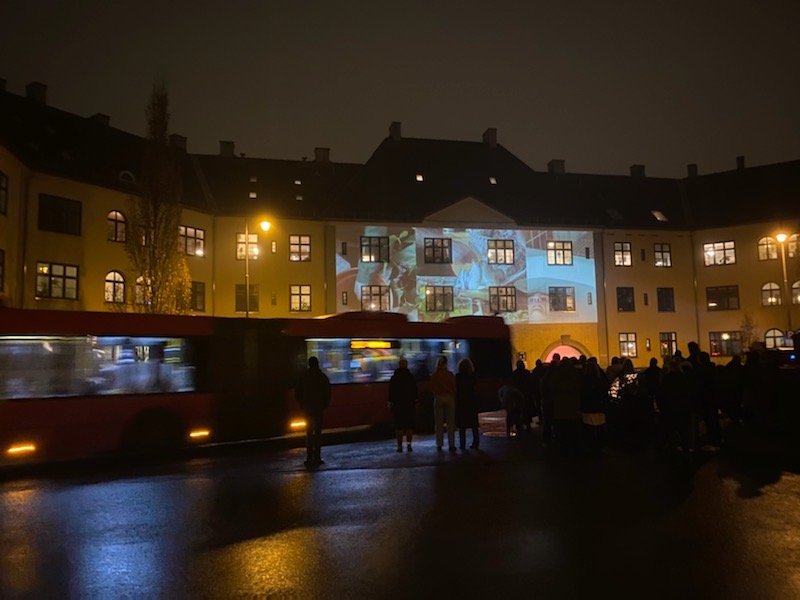 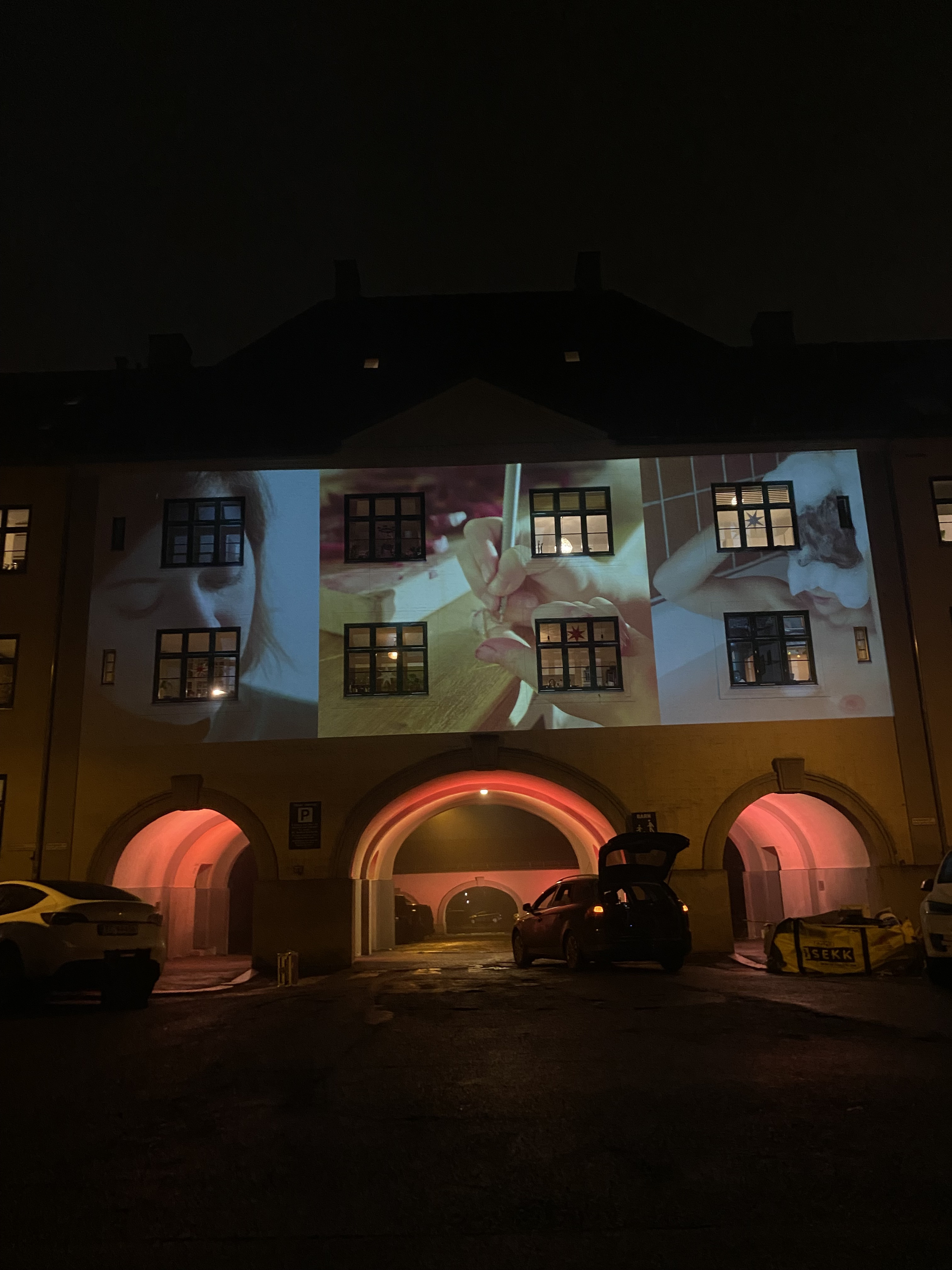 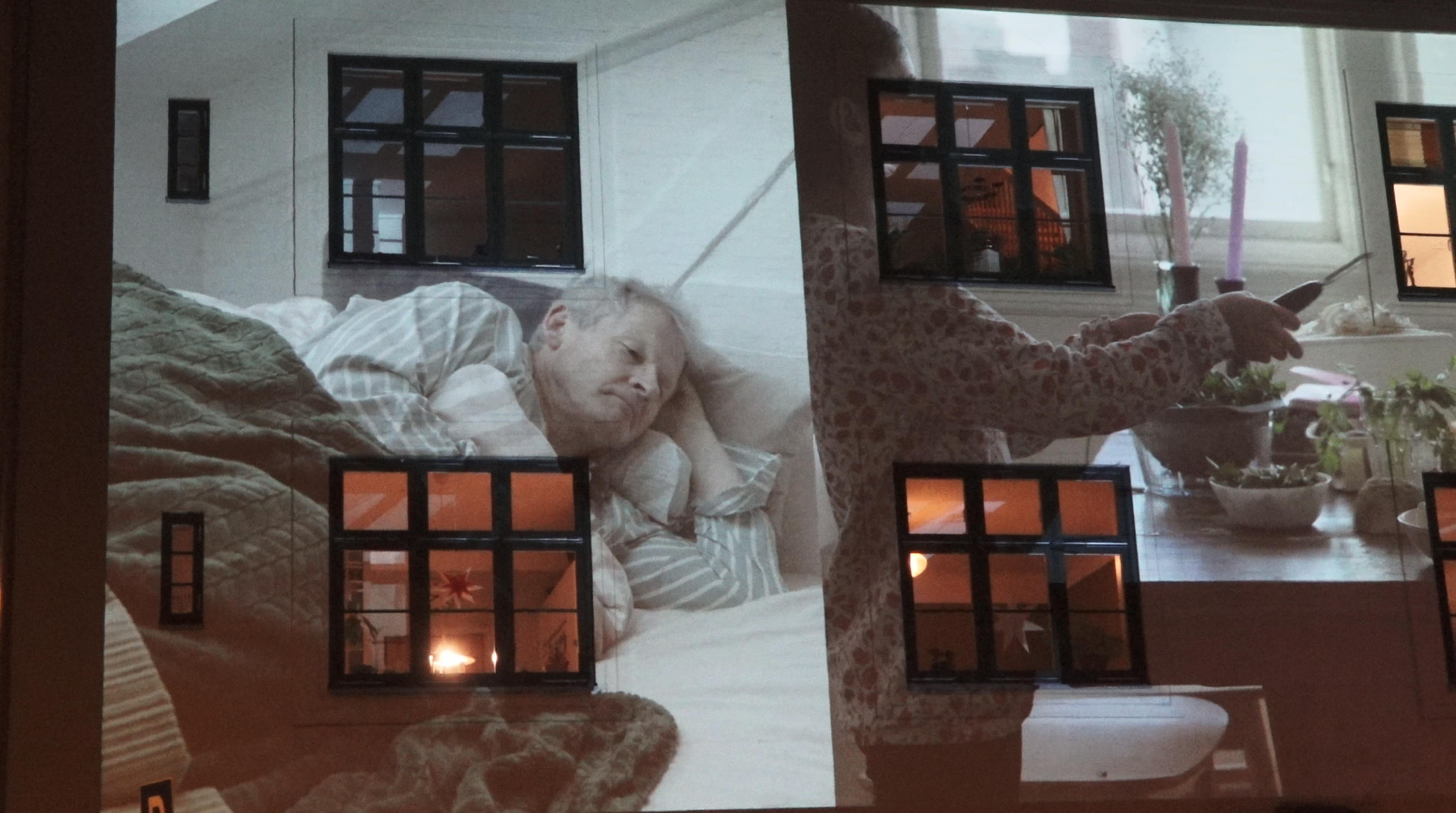